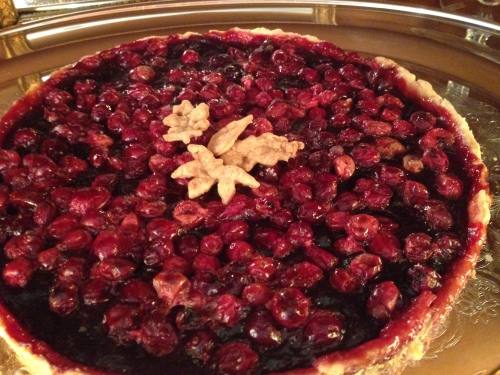 I almost always have Thanksgiving dinner at my mother’s house in Port Orchard, where she does most of the cooking (believe it or not, I don’t make every one of my family’s meals). When we were discussing our plans on the phone last month, she told me she had seen a recipe for a cranberry tart, but she didn’t have time to make it.

The recipe, she said, was in the current issue of Edible Seattle, which I just happened to have at my house in Seattle, too. So I prepared it for Thanksgiving dinner. I think it would make a good Christmas dinner dessert as well, so I’m sharing it with you.

I hope you enjoy this as much as I did.

Tina’s Tip: My version of the recipe below uses a little less sugar than was called for in the original recipe. I like cranberries with a slightly tart flavor. If you want them sweeter, you might add a bit more sugar. 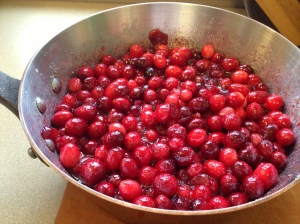 Preheat the oven to 375 degrees.  In a medium saucepan, combine 1 bag of the cranberries (about 3½ cups) with 1 cup of the sugar and the wine. Stir to combine, then bring to a boil over high heat. Reduce heat to a simmer and cook, stirring occasionally, for 15 minutes, or until the mixture resembles the consistency of very thick jam. (You’ll need to stir it frequently toward the end of cooking time to prevent sticking.) Stir in the remaining cranberries.

Place the frozen tart pan and crust on a baking sheet. Pour in the cranberry filling. patting it down into the edges with a spoon until it’s roughly flat. 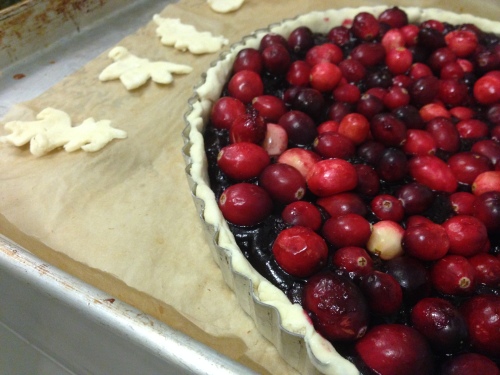 Pour the remaining ½ of a cup on top of the cranberry mixture (this is where I reduced the sugar down fron 3/4 cup to just 1/2 cup) – it will seem like an absurd amount, but it will give the cranberry filling just the right amount of sweetness and a nice crunchy texture on top. 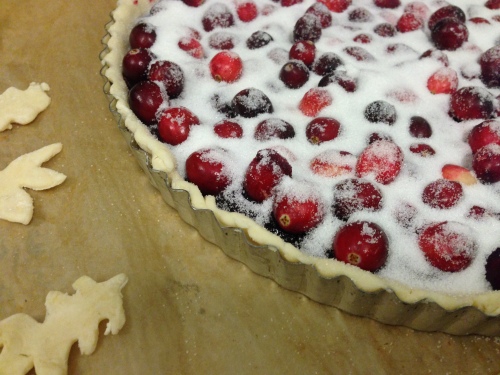 Bake the tart for 45 minutes, or until the crust is nicely browned and the filling is bubbling. 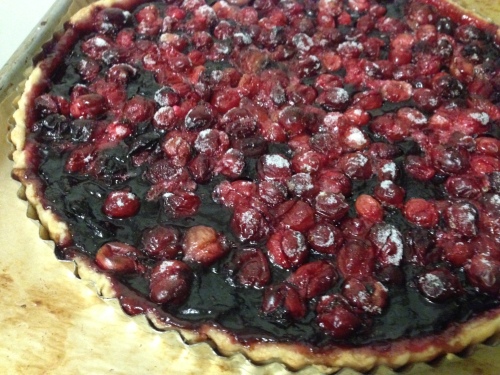 Let the tart cool for at least 1 hour before serving.

Serve it with sweetened whipped cream.

This entry was posted in Desserts, Fruit, Recipes and tagged Baking, cranberry. Bookmark the permalink.

One response to “Cranberry Tart”