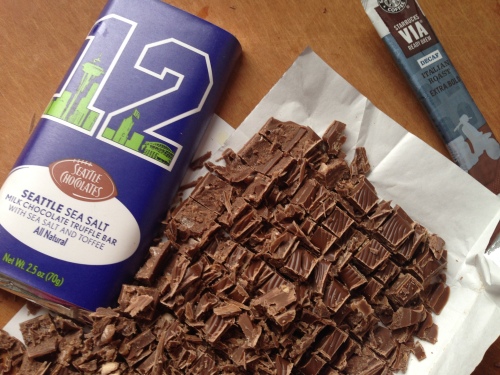 One day last month, my husband came home from work and told me that he and his office mates had decided to spice up office life a bit by making Wednesdays “cookie hump day.” Each week, a different person was in charge of bringing in cookies, which could be homemade or store bought. When it was Jason’s turn, I had some free time, so I offered to make the week’s cookies.

Years ago, my mom gave me a cookbook devoted entirely to cookies. It was called—appropriately enough—500 cookies, and I pulled it off the shelf to see what looked good. In it, I found an old Neiman Marcus cookie that I remembered having as a child. Because I had the ingredients in my larder, I gave it a try—with a few modifications, of course.

Another intriguing thing to this recipe is the story I found online.

The Neiman Marcus Chocolate Chip Cookie
An urban myth is a modern folk tale, its origins unknown, its believability enhanced simply by the frequency with which it is repeated. Our signature chocolate chip cookie is the subject of one such myth.

The $250 Cookie Recipe
A woman and her daughter had just finished a salad at the Neiman Marcus Cafe in Dallas and decided to have a small dessert. Because her family had such a love for cookies, they decided to try the “Neiman-Marcus Cookie.” It was so excellent that the customer asked if NM would share the recipe, and the waitress said with a small frown, “I’m afraid not.” The customer then asked if she could buy the recipe. With a cute smile, the waitress replied, “yes” and said the recipe would cost “two fifty.” The customer requested that it be added to her tab.

Thirty days later, the customer received her credit card statement from Neiman Marcus and it was $285. She had only spent $9.95 for two salads and about $20 for a scarf, but noticed that at the bottom of the statement, it said, “Cookie Recipe: $250.” The customer was upset and called Neiman’s Accounting Department stating that the waitress said the recipe was “two fifty,” and not $250. She asked them to take back the recipe and reduce the bill. The accounting department said they were sorry for the inconvenience but that the customer’s bill would remain as charged because they wanted the recipe to be something that was special and not afforded by all.

The woman decided to share the cookie recipe with the world so that no one would ever have to pay $250.

Because my family and I are all huge Seahawks fans, and I added some Seattle-centric ingredients, I decided to call my version 12th Man Cookies. This recipe is also free.

Preheat the oven to 300 degrees Fahrenheit.

Place the butter, brown sugar, and granulated sugar in the work bowl of an electric mixer fitted with a paddle attachment. Beat on medium speed for about 30 seconds, until the mixture is fluffy. Beat in the egg and vanilla for 30 seconds longer, until well combined.

In a mixing bowl, sift together flour, baking powder, baking soda, and salt. Add to the mixing bowl, while beating on slow speed. Beat for about 15 seconds, stir in the chocolate chips and VIA powder, and mix for 15 seconds longer. 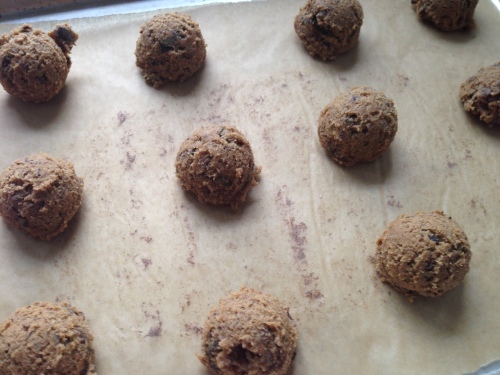 Gently press down on the each drop with the back of a spoon to spread out into 2-inch circles; there should be room on the sheet for up to 12 cookies at a time. Sprinkle lightly with kosher salt, if you choose. 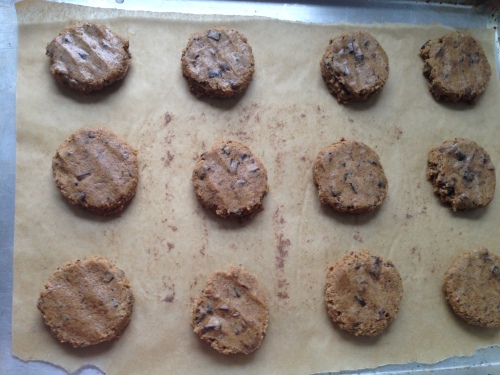 Transfer sheets to the oven in batches and bake for about 20 minutes or until the cookies are nicely browned around the edges. Bake for a little longer for crispier cookies.

This entry was posted in Dessert, Desserts, Recipes and tagged Baking. Bookmark the permalink.